The first face to face session 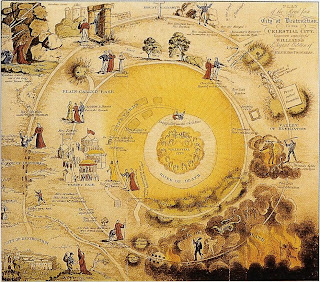 I hope everybody got the idea of how the module is going to work. I will introduce certain theories/historical information and try and make sure they relate to what students are doing within the main programme. The introduction, 'A very short history of type' being designed to give some historical background and at the same time introduce possible areas of theory that we could open out later. Gestalt psychology, post-colonialism, typographic stereotyping, structures of power (who owns these typefaces?) (Foucault), the parergon or space between the ‘real’ world and the book page or screen. (Derrida), the embodied mind (Johnson and Lakoff) , phenomenology (Merleau Ponty), communication theory, narrative theory and Marshall Mcluhan’s idea of the ‘Media is the message’ were all in there somewhere. But which area was more interesting?

Can you write a brief introduction to your interests? Are you interetsed in becoming an animator, games designer, film director, sound recordist etc etc
What areas of theory already interest you or what sort of areas would you like to find theory about?
What is the book you have chosen to respond to typographically and why?
What do you want from this module?

Another task that you can do if you want to. Write a short review of a film you like. If you remember I mentioned that I went to see Scott Pilgrim over the weekend. It has some interesting typographic sequences within it. So I'll review it.

Scott Pilgrim Vs the World
Director: Edgar Wright (Hot Fuzz, Shaun of the Dead)
Scott Pilgrim (Michael Cera) is an unemployed 23-year-old bass guitarist in a garage rock band who is dating a 17-year-old high school girl, Knives Chau (Ellen Wong). He then bumps into Ramona Flowers working as a delivery girl on roller-blades.(Mary Elizabeth Winstead) Ramona has moved to Toronto from New York City to leave her past behind. Scott is facinated by this new girl and her mysterious past and wants to go out with her but before Scott can begin dating Ramona, he must prove himself by defeating the league of her seven exes. They will do anything to get rid of and destroy any new boyfriend Ramona may consider. If Scott wants to find true love with Ramona, he must defeat all seven.
The film brings together several genres. Initially a comic book by Bryan Lee O'Malley, Scott Pilgrim mixes together elements of video games, comic books, music and film.
The film connects back to older stories, such as Pilgrim's Progress by John Bunyan, (check out the old maps of the road from the City of Destruction to the Celestial City, see above)and at the same time old forms of computer games such as the Super Mario platform game for Nintendo as well as ninga and other fight games. What is interesting is that as soon as you get the idea of genre mash-up you start mentally adding others such as the fact that the evil exes turn into gold coins when they are defeated and as ‘super-humans’ they are almost like gods. Zeus, the head of the Greek pantheon of gods, turned himself into a shower of gold and poured down into the love of his life’s lap (Danae) and as a result she had a son. (See Danae by Gustav Klimt) These mythic links are not unusual. Most heroes had to have some sort of magic sword or other help when they went off the fight the monster. They nearly always win the princess too. Just as Scott does at the end. Even the fact that Ramona's hair keep changing colour makes a kind of odd sense. It starts as blue and then 'Knives' copies this and then Ramona goes green. Scott at one point says that he cant take this as changing hair colour means she is insincere. This could be a comment on the whole film. As it flips from genre to genre we are not sure where the director stands, but as the film ends perhaps we know that it really was just another romantic comedy all along.

Dont forget to let me know if you have posted up anything. Make comments if you need to. It reassures me everyone is looking.
Posted by Garry Barker at 07:03