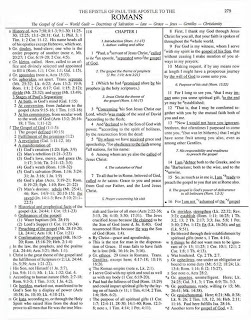 Just a few thoughts on the session. I hope everyone got something out of doing a close reading of the cinema as door section from the film theory set text. A couple of things were mentioned and I thought I'd elaborate in order to make sure we were clear as to what was being said.
The set task this week is to annotate a text.
One of the words mentioned in connection with this was 'hermeneutics'. This can mean either the art of interpretation, or the theory and practice of interpretation and it was started by monkish scribes writing between the lines of their bibles. I suppose for you your bibles are the theoretical texts introduced. If you look at the image above you will see that in some bibles the annotations were longer than the actual text. The other thing is that the typographic layout is an integral part of the way it works. Perhaps when approaching the task you may want to consider this?
Another interesting thing that came up was in relation to the film 'Synecdoche, New York' when we were thinking through what was the meaning of diegesis. (The fictional world in which the situations and events narrated within a film occur) A synecdoche is a rhetorical term that describes a figure of speech in which part of something is used to refer to the whole thing. This is a type of metonymy (something we will be looking at soon) Metonymy can be applied to something that is visibly present but which represents another object or subject to which it is related but absent. Therefore an opening sequence can function metonymically for the whole of a film. E.g. the beginning of Hitchcock's Vertigo.
One other thing. I mentioned semiotics and a good primer is the web-site Semiotics for beginners. I'll put a link in at the bottom.
Posted by Garry Barker at 01:08