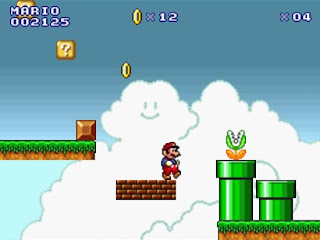 Why certain game structures are used over and over again

Christopher Booker in his book The Seven Basic Plots suggests that all our stories are variations on the following themes; Overcoming the monster, rags to riches, the quest, voyage and return, comedy, tragedy and rebirth. Booker sets out at the beginning of the ‘Overcoming the monster’ chapter to make a clear comparison between the oldest story we have, the Sumerian Epic of Gilgamesh and a story filmed 5000 years later Dr No. This is booker’s description of this James bond movie vehicle.
“The Western world falls under the shadow of this great and mysterious evil. The source of the threat is traced to a monstrous figure….who lives in an underground cavern on a remote island. The hero James Bond, goes to the armourer who equips him with special weapons. He sets out on a long and hazardous journey to Dr Nos distant lair, where he finally comes face to face with the monster.” (Booker, 2004)
From Booker’s description we can see that Dr No follows exactly the same formula as the Epic of Gilgamesh. These deep seated mythic stories are compelling, and lie behind many comic book, film and game narratives.
However gameplay or “how the player is able to interact with the game-world and how that game-world reacts to the choices the player makes." (Rouse 2001, xviii) is also vital and can be seen as independent of graphics or narrative. This can be linked to the human need to play games as an essential element of what it is to be human. (See Huizinga’s Homo Ludens)
The perfect game could therefore be one that followed a basic mythic storyline, engaged the player in a subtle enough manner to ensure that ‘life type’ choices were constantly being made within a context of play that supported a willing suspension of disbelief.

The introduction to an essay based on this could be:
The integration of game and narrative lies at the centre of games design and in order to achieve this certain game structures are used over and over again. This essay seeks to examine the key elements to go into the most successful games and to propose reasons for why these elements will remain constants no matter how technology develops.
Posted by Garry Barker at 02:46