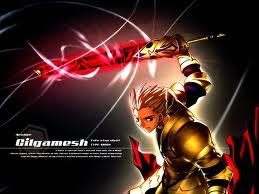 Greeting to this year’s Contextual Studies blog.
Last year I was only working with level 5 (year 2) students, this year I’m working with both year 1 and 2, therefore posts will be applicable to both years. I will signpost things if they are targeted at one year or another.
So why and how can the content of this blog be useful to both years?
There are two basic issues that will hold things together. One is the notion of transmedia and associated concepts such as migratory characters and media convergence, the other is medium specificity or what makes one technology so special and how does this affect the way information is shaped?
For year 1 (level 4) students this will be a general theme and will be used to take a particular stance to the understanding of the first year lecture programme. For year 2 (level 5) transmedia will be at the core of what is being looked at, in particular how narrative (storytelling) is used across different platforms, (film, theatre, games, novels, radio, on line etc.)
So for instance the issue that will be looked at in relation to the first lecture for year 1 students will be how Modernism used the concept of medium specificity. For year two students the first transmedia character to examine will be Gilgamesh, simply because it is the oldest story we have. It’s also interesting because it comes in episodes.
The story of Gilgamesh was recorded in the Sumerian language in cuneiform on stone tablets, and it was passed down orally before then. The story is of how the kingdom of Uruk has fallen under the shadow of a great evil monster (Humbaba) Gilgamesh is given special magic weapons to help him in his quest to defeat the monster and after a long hazardous journey he finally confronts the monster and in an epic battle kills it.
Read a review of the talking book here:
http://www.goodreads.com/review/show/186612602

It’s the back story that grabs you. The way that the actions of the main character start to impact on what goes on, you know what he should do but he doesn’t, and in these actions a complex narrative of very human proportions evolves.

The issue of media specificity is fascinating so how is Gilgamesh being shaped across the media? 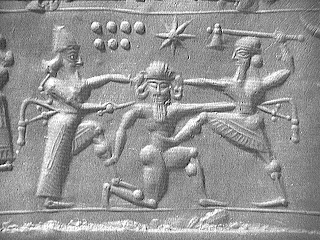 Here we have an epic struggle frozen in relief, the simple outlines suggest a moment that will be fixed for all time, compare this to a post Jack Kirby deep perspective comic book page. 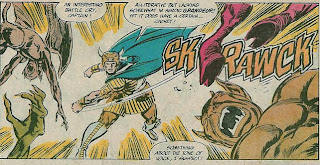 In both cases we are introduced to the character beforehand and then because of the costume we know who is who. 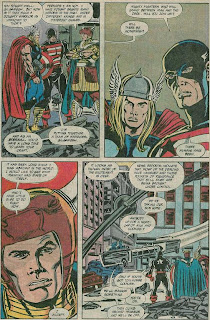 You can tell there was little research done by the Marvel comics people beforehand.

The first people to come across the story however would have heard it, listen to this version in English and think about how the characters are introduced and verbally set up to be remembered. 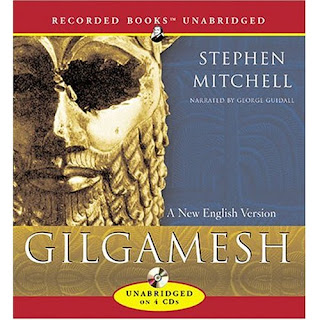 Radio as a medium uses conventions such as short snatches of music to remind us of where we are what the action is supposed to be about. See Peter and the Wolf by Prokofief. Audio books do the same. If you have ever listened to a story teller, they usually vary the tone and level of their voice to give dramatic weight to certain scenes or to introduce particular characters.
So what would be a Modernist version of Gilgamesh be like?
Posted by Garry Barker at 03:44