Writing about the business 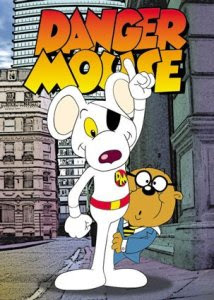 Working towards the Essay

Several people have flagged up that they would like to write about the business of film, game or animation. In particular as transmedia storytelling evolves, people want to explore how the business itself is changing.
One of the big issues is always how to put in several components into an essay for instance history, factual research into the business as well as theory.
A typical starting point can be something that’s current. For instance, Mark Hall’s obituary was published in the Guardian last week. (See Obituary section Monday 21st November 2011)
Mark Hall was a co-creator of Danger Mouse and worked with Brian Cosgrove to set up Cosgrove Hall Productions. The obituary covers his life and work from public information films in the late 1960s, his first award winning animation Magic Ball 1971/2, and work on Noddy (1975), up to their last announced children’s series HeroGliffix. However their first real international success was with Danger Mouse (1981/92). This was a character with real transmedia potential and the merchandise alone generated millions. This series also spawned Count Duckula (1988/93). However the structure of film companies came under threat in the 1990s. Cosgrove Hall productions used to work for Thames TV, which lost its ITV London broadcasting franchise and therefore they had to move to Angela Television and the distributer ITEL and they therefore rebranded as Cosgrove Hall Films. This allowed them to set up new studios equipped for digital animation. BBC revivals Bill and Ben as well as Andy Pandy were made by the new company (2001 and 2002). In 2003 Cosgrove Hall Films was absorbed into the newly unified ITV which finally closed the business two years ago.
The history of Cosgrove Films mirrors that of the industry as a whole. By looking at this one company in detail you can get a feel for how small animation studios developed, (one or two man businesses) broke into the business (at that time the developing commercial TV sector), had to cope with wider success (marketing internationally, developing merchandise) early games development (see game for Spectrum), changes in the structure of the TV business the development of digital animation etc. 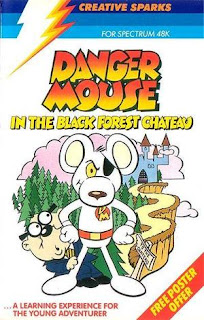 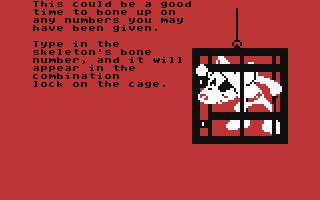 There is a real retro feel to this.

So what other issues could be looked at to flesh out an essay. You could take one of Cosgrave Hall’s characters and examine why it might have been successful. One area we looked at was media specificity. Because a ten minute episode needed 2,000 drawings, as a cost-cutting measure, the cartoons made frequent use of repeated footage and "in the dark" sequences (black with eyeballs visible only, or, in Danger Mouse's case, simply one eyeball). A recurring setting for episodes was "The North Pole" - so chosen because the white, snow-covered backgrounds would require minimal painting and colouring. Other studios working at the time were too concerned with ‘quality’ and not enough with storytelling and character development, thus being unable to bring in products within target budgets. So one area of media specificity is to do with speed and ease of production and how to increase production rates using the implications of the media being worked with.
Another issue is character type and recognition. The eye patch is a classic easy to recognise format (see my earlier blogs on Indiana Jones’ hat) and the secret agent character is another (James Bond etc.) This can lead us to the fact that there are only 7 great stories and that the plot of Dr No echoes that of Gilgamesh etc etc. which can then open out into a whole section on ‘spy fiction. See how TV programmes such as Danger Man (1960–68) The Man from U.N.C.L.E (1964–68) and I Spy (1965–68) influenced the ideas behind Danger Mouse.
As you can see the starting point isn’t that important. By working around any start we can find several layers of information that may become sections in our essay. 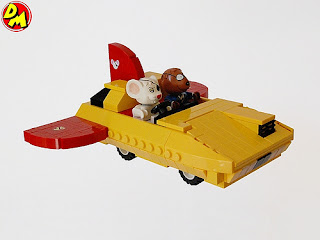 Lego gets in on the Danger Mouse action
Posted by Garry Barker at 07:27

Email ThisBlogThis!Share to TwitterShare to FacebookShare to Pinterest
Labels: Transmedia