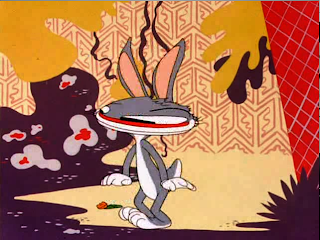 How to draw a rabbit that has swallowed a plate.

So what is it that makes animation so compelling? My own feeling is that it is very close to real life experience and yet at the same time is an abstraction from it. This allows me to get the essence of the communication without having to be confused by the details. As an artist who draws a lot, I try and use that basic link between experience and its abstraction as a way of creating metaphors for life and its meaning. There are of course other ways of doing this, such as writing or creating music and these can be put into animations as well, each element supporting the visuals, so that more and more complex communications can be achieved, but at the core of an animation is simply abstracted movement in time.

All of us have an innate understanding of life and the physical laws that underpin it, for instance when you bounce a ball you can catch it and throw it each time instinctively. But when it comes to making an animation, you have to interpret the ball's motion and re-create it frame-by-frame. Basically designing motion is translating daily experiences into a time-based, 2D platform. This ability to abstract and analyze perceptions that we normally take for granted is the real skill behind animation.

The first thing that therefore captivates me when viewing an animation is an experience parallel to my bodily experience of moving through the world and responding to the things that I experience in it. I can get involved in it because it’s like life and the difference between what is inanimate and what is animate is movement and movement means life is there.

The second thing I experience in an animation is that there is a degree of abstraction. All the superfluous stuff is eliminated and I’m allowed to concentrate on what the animator is asking me to concentrate on. In comparison a film has everything in it that is recorded through the lens and I have to select out what I think is the most important, just like I have to do in life. It’s therefore easier to understand what the animator is presenting and also a bit of a relief for my overloaded perceptual mechanisms.

In order to be a good animator I would therefore suggest you need to grasp some of the fundamental concepts and laws that govern the behaviour of objects within the real world. These objects will either be moving or moving in relation to something else. How the landscape changes as we walk through it is as important to our understanding as the quality of our movement through it. The way a pair of legs is animated changes as the character starts running, or begins hopping. This will of course change the way the landscape moves in the background. Figure and ground are vital relationships and ones that have been essential to all Western European Art since the Renaissance.

However this is not all about sight, it’s as much about touch and feel. We understand weight in a particular way and expect its consequences to be understood and visualised in a good animation. If this is working well our body starts to feel in tune with the animation. You could argue that a full phenomenological grasp of animation is essential to its understanding and that of all the arts except for dance of course, animation requires high levels of embodied reading.

An animation’s capacity to carry visual invention is enormous and I’m always impressed with a good animator’s grasp of visual possibility. In 1964’s "The Pink Phink" (DePatie-Freleng) the possibilities of painting on a flat surface and all the illusionistic tricks you can play with these are just there to be enjoyed. 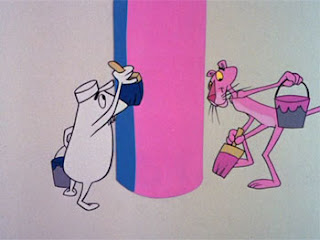 However it’s Chuck Jones’s playing with the possibilities of impossibility that first of all drew me to animation. Just think about the implications of these images in the ‘real’ world. Impossible distortions, fragmentations and splits that go far beyond anything Cubism offered and visual paradoxes to fox even the most aware visual psychologist. 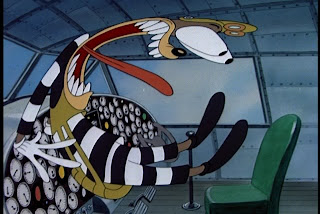 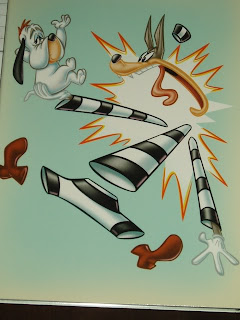 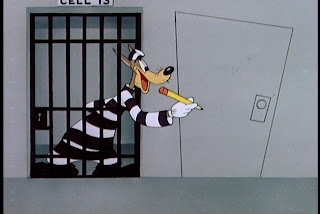 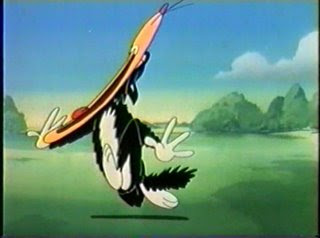 For a mouth to stretch this far what would the underlying bone structure be like? There is a visual logic here not far away from D'Arcy Thompson's theories of transformations in nature that can be found in his book ‘On Growth and Form’. 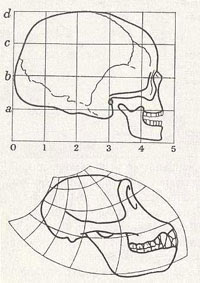 From 'On Growth and Form'


So in some extent we get back to where we started, an awareness of physics was I felt at the core of our understanding of good animations and in Chuck Jones’s case I’m looking at an awareness of biological evolution. Perhaps it’s an art-form that is forced to grasp the real world’s underlying scientific principles. Is it something to do with the suspension of disbelief I have when I rely on the fact that my eyes appear to operate using persistence of vision? Is it just that I’m a sucker for anything that stimulates my fight or flight mechanisms, my body's primitive, automatic, inborn response that prepares it to "fight" or "flee" from perceived attack, harm or threat to my survival?


A few favourite animators
The woman Czech animator Michaela Pavlatova’s short animations, in particular Laila, are a great exercise in what you can do with few resources. She uses simple Flash animations, to great effect.

For me another classic is Don Hertzfeldt. His animated stick figures are very simple but his timing and characterisation are brilliant. See the stuff rejected from The Family Learning Channel or ‘I Am So Proud of You’. He still uses a 35mm rostrum camera to do all his animations. 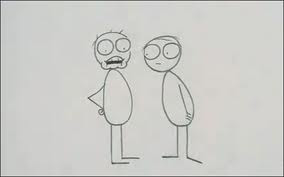 Adrien Merigeau uses the computer to enhance rather than support his work. He has done music videos, such as the Villager’s 'Cecelia' but ‘Old Fangs’ and ‘Le Carnet de Chloe’ are really great mixes of technique and approach. However above all his films suggest a background in looking at comics. 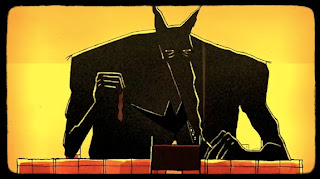 Chuck Jones is of course just fantastic and I have used several images from his cartoons above to illustrate my ideas of visual invention. His ‘The Dot and the Line: A Romance in Lower Mathematics’ is a brilliant exercise in how narrative can support formalism in animation. 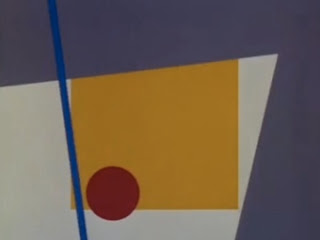 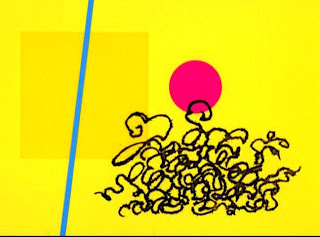 Chuck Jones: The Dot and the Line: A Romance in Lower Mathematics’
See: http://www.youtube.com/watch?v=OmSbdvzbOzY
Posted by Garry Barker at 06:40