Thoughts on the Bradford Animation Festival

No session this week as it’s the Bradford Animation Festival but even so there are always issues to think through.
I notice Lionhead’s Fable 3 is being promoted and you will get a chance to meet people behind the new 3D set up.
As always it’s what is behind this that intrigues me.
Fable is advertised as being set in the “enthralling fantasy world of Albion”. This links the game back into a long history, Albion not only being the ancient name for Britain but it has a poetic resonance for us because of the still powerful influence of the poet William Blake on our ideas of what it is to be English.
The earliest writings (6th century BC) that refer to where we live as Albion, refer to the Albiones. By the 1st century AD, the name definitely refers to what we would call Great Britain. Pliny the Elder, in his Natural History states:
"It was itself named Albion, while all the islands about which we shall soon briefly speak were called the Britanniae.”
As late as 930, the English King Æthelstan was sometimes styled: "King and chief of the whole realm of Albion".
The name conjures up our nostalgia for King Arthur and the Nights of the Round table and the old myths of faerie.

"Brutus! there lies beyond the Gallic bounds
An island which the western sea surrounds,
By giants once possessed, now few remain
To bar thy entrance, or obstruct thy reign.
To reach that happy shore thy sails employ
There fate decrees to raise a second Troy
And found an empire in thy royal line,
Which time shall ne'er destroy, nor bounds confine.

Geoffrey of Monmouth tells tales of the giant Gogmagog and the history of the reclaiming of the soil of Albion from the old Faerie peoples. See Spenser's Faerie Queene. Shakespeare was referring to these early mythic times in ‘A Mid-Summer Nights Dream’ and King Lear was a mythic descendent of the first kings of Cornwall who defeated the giants in order to settle here.
These deep seated myths are compelling, for instance, recently Hellboy 9 (The Wild Hunt) revisited these themes.
So we have something old and often told. Tales that have been woven on an evening around camp fires and gas lamps, still being elaborated as 3D gaming adventures.
Perhaps this is where contextual study comes in. These old stories resonate deeply. It’s no accident that Tolkien was a professor of Medieval literature, his knowledge of these stories being woven into his own epic tale, which as we all know still grips people today as powerfully as it did when it was first written in the 1950s.
However what James Joyce was able to bring to our attention was that narratives occur everyday and that they can be mythic. (See his novel Ulysses)
Whilst it's true to say that a narrative is no more than a story, the important realisation is that when we tell or write a story, we all tend to use a very similar form and structure, no matter what the story and whether it is imaginary or not. Narrative is easily one of the most common varieties of social discourse and a day will not pass without you reading or hearing a story - or constructing one of your own.
From early childhood, we become accustomed to making sense of the complex events of the world through the simplifying and satisfying means of narrative. It has been suggested that we might even be born with such basic structures and forms embedded within our subconscious; they certainly have an enduring and unshakeable impact upon our psychology. Certainly, it is clear that as human beings we do have a need for security, control and order within our lives and narrative, is a means by which order and security can be created in what is, in reality, a disordered and potentially dangerous universe.
Recognising the links between the everyday and the world of myth can be a wonderful opening into new forms and a potential for audience engagement on the highest level. It is this that perhaps has most potential.

However here is another myth. 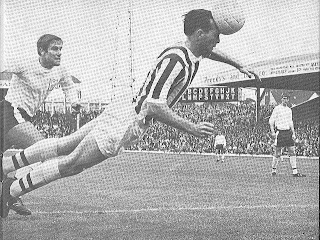