The start of a new phase 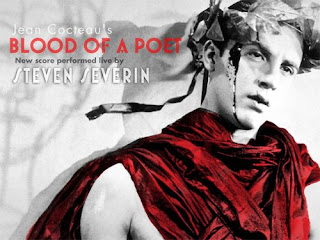 This week’s meeting was quite useful as a catch-up. Can I remind everyone that said they would start making posts to do this?
In the meantime I take on board the fact I ramble and that I could summarise the issues covered and bring them together by using a flipchart or whiteboard, so will try and remember to bring these along to the next session. The issue about taking notes though was important, so find below my notes on the session that can also be used as a reminder for you.
We began with the Guardian Guides to film, see the link at the bottom. http://www.guardian.co.uk/film/series/film-season-genre-guides The point here was that genre is subjective and that there are several ways that we can look at this. For instance no Western genre or Film Noir, there was then some discussion as to whether or not Film Noir is a genre or a style.
The main purpose of the session was to review the fact that as the last practical module was now finished (the titles sequence animation) how well had the contextual information introduced supported this. Was theory really being used to support practice?
The history of type lecture, was it seemed useful and some people had already written interesting reviews of opening sequences. In particular the text on the cinema as door seemed to have been a useful support. The session on embodied meaning and how to discuss/analyse movement had perhaps been less useful. I reminded everyone though that this needed to be linked with the resources already posted in particular ‘Key works when trying to write about film techniques’ is there to remind you that camera angle etc needs to be linked to other descriptive terms when analysing short sections of film.
The main issue though was to check where you now were and the two new modules were discussed. One to develop a ‘pop’ video and the other to develop a short character animation.
We then opened these areas up for discussion. These were some key points.
Pop video. There are several ways we could deepen the discussion around this.
History. History can be something that just looks at the specific nature of pop videos, starting with perhaps Queen’s Bohemian Rhapsody. But this doesn’t include early Dylan (Subterranean Homesick Blues) or the fact that the musical is integral to an understanding of film’s history. The first ‘talking film’ The Jazz Singer, of course foregrounding the issue. We then discussed the issues surrounding ‘silent film’ and the fact that these were not really silent and that Steven Severin had recently performed his new score for Cocteau’s Blood of a Poet at the Hyde Park cinema, there was some interest in how his early Siouxsie and The Banshees work could lead to this. Essentially though the point about the discussion was to open out the context for thinking about music and film.
The context issue was returned to in a more general discussion about the background of ‘how to be inventive’ or ‘how to use context change’ in developing ideas. This created another digression. But perhaps useful to remind everyone who didn’t take notes on what that was.
We looked at a seminal moment for contextual change which was created in the late 19th century by Comte de Lautréamont, his poetry collection, Les Chants de Maldoror and Poésies, had a major influence on modern literature, particularly on the Surrealists and the Situationists. The key line from one of his poems I introduced was, “The chance meeting on a dissecting-table of a sewing-machine and an umbrella”. Another early advocate of contextual change we looked at was Raymond Roussel, in particular his book ‘Impressions of Africa’. (This was text where we saw the traveller discovering a tribe that told the time by looking at wind direction) Finally I introduced Alfred Jarry his character Ubu and the science of Pataphysics, all of which helped to lay the foundations for Surrealism. The point being that all you need to do to change a context is to follow the implications of a chain of thought and ‘logic’ can lead you to a position that seems illogical. This is just another way of being creative.

All this was simply about how to not end up making a clichéd pop video.
The other area of discussion was the character development. Quite a few people were into comics and the text I was referring to was Scott McCloud’s Understanding Comics, which is a great read because it is written by a practicing comic artist.
The ‘what people are into’ area was opened out a bit more because a lot of people were into science fiction and horror and last year everyone had looked at the Uncanny. We tried to open this out a little further as it seemed that some people might well want to write about horror. I went through the related concepts of the Abject, the Other, cognitive dissonance, Burke’s notion of the sublime and how all these things overlap.
A good background text is: Royle, N (2003) The Uncanny: An Introduction Manchester: MUP
There are chapters on the death drive, deja-vu, "silence, solitude and darkness", the fear of being buried alive, doubles, ghosts, cannibalism, telepathy and madness.
One final area we looked at was narrative and story. Again one of the key resources was pointed to, the book was: Booker, C (2004) The seven basic plots: why we tell stories. London; Continuum International Publishing Group Ltd
Next session will be a lecture on Communication theory.
Posted by Garry Barker at 04:02