Big Man Japan has been to Leeds before it's a hoot, dont miss its screening as part of the film festival.

It’s nearly time for the Leeds Film Festival again. This is an event so easy to miss out on. My suggestion is to go through the programme and be selective, if not you can get really lost as there is so much on offer. So, what am I going to prioritise?
Simply because I’m someone who spends a lot of time drawing narratives, the Thought Bubble event on the weekend of the 19th and 20th of November, is an event I won’t miss. http://thoughtbubblefestival.com/
It’s a chance to catch up on small press offerings and see if there are any people out there making comics that deal with subject matter outside the norm. Last year Darryl Cunningham http://darryl-cunningham.blogspot.com/ was a hidden star. His graphic novel ‘Psychiatric Tales’ is a brilliant series of observations made when he was working in a psychiatric ward. You can see his work on-line and it was his on-line presence that started to alert publishers that here was a major talent that needed publishing. 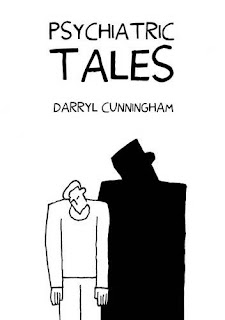 Darryl is a classic case of an artist experiencing the world and then processing it through his work. He demonstrates that all our experiences have potential to be source material for creative art. When I was giving a lecture the other day on comics I was thinking of Darryl when encouraging everyone to look at underground and independent press publications. The last thing the world of transmedia needs is yet another superhero, the gold dust in terms of character development is always hidden in the fantastic complexity of real life. Darryl’s latest work looks at science, a potentially boring subject elevated by his clear treatment and focus. Again not a subject you would normally associate with comic books, but that’s the point.


The other area I’m always interested in is the Fanomenon section. The Méliès d’Argent competition has a whole mix of shorts and odd things that are usually 70% rubbish but 30% are gems. I’m really looking forward to what could be a post-modern classic. The Last Screening by Achard, is a French film that is set in a little one-screen arthouse picture palace that plays Renoir’s ‘French Can-Can’ on loop. In between screenings the proprietor recites passages of dialogue with the patrons. But the screen is set for closure, so some of the proprietor’s more violent pastimes may have to be curbed. I’m told Achard’s film is out-and-out preposterous, a soulless essay that’s livened by a smattering of striking imagery and a few neat juxtapositions. Sounds good to me. 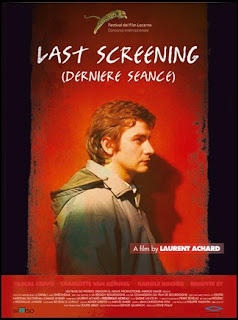 I’m also intested in seeing ‘Mystics in Bali’ which is a 1981 Indonesian horror film directed by H. Tjut Djalil. The film revolves around the Balinese mythology of the leyak and was originally banned in Indonesia, but pirated copies found their way onto VHS first locally and then internationally. The film eventually gained cult status, particularly after the proliferation of the internet. The way this film has slowly become popular is a great example of accidental viral marketing.
There is also some classic Japanese horror; including a screening of one of the Ghost Cat films. The Ghost Cat story was first filmed in the silent era (1918) and the first Japanese talkie was Kazuo Mori's Ghost Cat & the Red Wall, (1938), so it has a long history and is comparable to Murnau’s Nosferatu which first aired in 1922.

I’ll be interested to see how many reviews get posted over the period. Getting to see films that position themselves outside of the normal conventions is another way of helping build up a wider range of visual references and it really helps when it comes to making decisions when you are looking through the camera lens and deciding how to frame and what to do with the lighting.
Posted by Garry Barker at 08:53