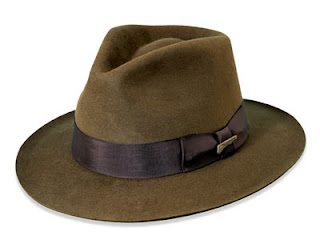 So why did I get interested in hats in my last blog post. At the core of this year’s contextual studies is transmedia theory and one aspect of this is the concept of migratory characters. Migratory characters need to be easily recognisable and in the game world of course scalable. Making a character identifiable when it’s only a half inch high is a tricky business and a good hat can do the job for you. Characters need to remain consistent over the course of their transmedia development, because narratives themselves change and will be less easy to recollect. Within prolonged engagement with a narrative, stories can begin to merge and become indistinguishable from each other, characters however are easier to identify and recall, especially if they have a good hat.
This indicates the importance of character in establishing audience engagement with a transmedia concept. It is the characters that remain a constant point of contact for the audience. Regardless of what is happening within story episodes on TV, plots in film or situations within games, the characters should be recognisable and familiar and therefore should help orient the audience within whatever aspect of the narrative they find themselves.
Perhaps each component of a transmedia story should be designed as canonical from the outset. Therefore a hat needs to signify this. Going back to the Indiana Jones model, his hat is a fedora and its wide brim means it’s not far off a cowboy hat. Early cowboy films established the hat as a way of distinguishing good from bad. White hats for the good guys, black for outlaws. Even the Lone Ranger had a white hat. These types of hats signified excitement, adventure, the outdoors etc. basically you wouldn’t wear a hat like that indoors. Most importantly though it made the protagonists easy to spot.
Jones’ hat belongs to a family of ‘hunter’ hats, such as Crocodile Dundee’s or the one Hugh Jackman wears to hunt vampires in Van Helsing. If you go on-line to buy a similar hat you end up having to go through stuff like the Bounty Hunter Outback collection, in fact you can even get Crocodile Dundee hats, this is text directly taken from the website:

“There’s something about a crocodile hunter hat that speaks of adventure and the great outdoors. The most famous wearer of this stylish yet practical form of headgear was of course Mick ‘Crocodile’ Dundee, and anyone choosing one now as their hat of choice risks comparison with the original croc hunter himself.”

It would appear that the hat can also signify a world. ‘A world’ that is a setting for any transmedia character is also important, is it big enough to be developed, would the audience want to spend time in it? These type of hats suggest big adventure worlds, so they work yet again. Besides being scalable, can these hat characters be watched as well as played? I suppose the issue here is can they be intellectualised for a passive audience (film/TV) and can they be actualized for an active audience? (Game player experience) Yet again yes to both things. Why does SuperMario wear a hat? (Sonic’s hair effectively becomes a hat).

So as you do I did a bit of research on Google, the Hero's Hat I now find out is a Vanity Item from the action-packed adventure game Terraria. It's part of the Hero Outfit, the other parts being the Hero's Shirt and Hero's Pants. You can even get an Archaeologist's Hat. To quote; “The Archaeologist's Hat is a Vanity Item that is dropped by Doctor Bones. It is the head slot component of the Archaeologist's Outfit. The outfit's appearance resembles the clothes of famous archeologist Indiana Jones. The Hat sometimes disappears when dropped by player; this is presumed to be a bug.”

The Archaeologist's Hat from Terraria

It’s all of course part of the hero’s journey and all heroes have their identifiable characteristics, Hercules had his Lion head, knights and Captain America have their helmets and Dick Tracy his yellow wide brim fedora, which takes me straight back to Indiana Jones. The fact is because of that hat we don’t need to explain where Indy came from, or show how he got embroiled in a conflict with the Nazis. It’s evident from the start that this is a man who goes on exciting adventures, that he has probably been on lots of similar adventures in the past, and is likely he will go on plenty more adventures in the future – perfect for Transmedia franchising. 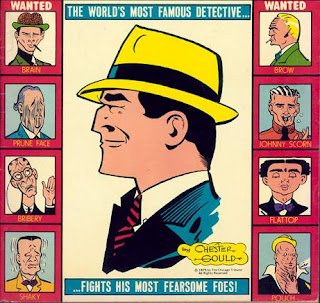