Now that level 5 are starting individual tutorials it is perhaps a good time to reflect on the lecture programme for level 4 and how it contextualises DFGA practice.

The programme started with Modernism and for me what’s interesting here is that Modernism as a movement starts at about the same time as the history of film. The first film to show action moving from one shot into another was Robert W. Paul’s Come Along, Do!, made early in 1898. In the first shot an old couple are outside an art gallery, in the second shot we find them inside the exhibition. 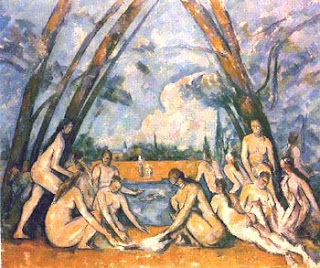 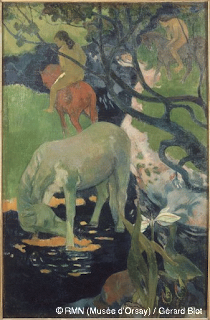 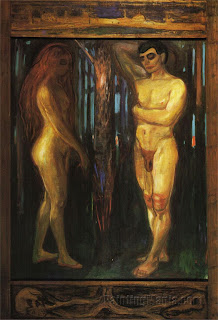 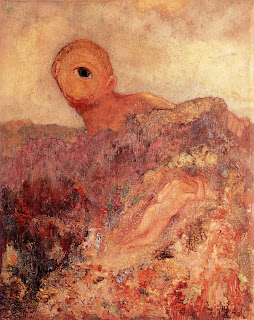 The key early modern movements of Fauvism, Cubism, Expressionism and Surrealism are all starting to jell around the influence of these painters. In my mind’s eye the grey out of focus images of paintings we can see in Paul’s film, could be these seminal images. Later in the same year Georges Méliès’ A Trip to the Moon was made. Méliès’Trip to the Moon was the first science fiction film. In a few short months film had moved on very quickly and to some extent was already outpacing painting as a modern medium. 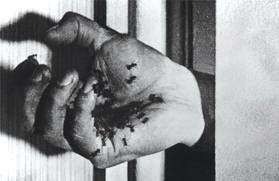 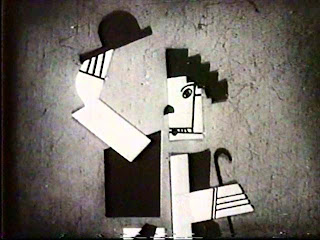 Some Modernists embraced film as an extension of their art practice, such as Dali with Un Chien Andalou and L'Âge d'Or or Leger’s Ballet Mechanique, while most preferred to stay within the boundaries of their chosen medium. In some ways you could look at their reluctance to play with new media as a perverse aspect of Modernism. An old technology, (painting) being the media that is most often used to illustrate Modernist art practices. (Abstract painting in particular).
However film seems to me to have always been post-modern, even when it was finding its feet. By the very nature of the way lens captured images are made, they are appropriated. Cutting a film and putting it together (montage) is clearly a type of collage technique and college is cited as a key post-modern way of working. Film exemplifies for me what Harvey called "time and space compression". A term he used to point out the nature of post-modern life, which it could be argued, now reads like a film.

Some of the issues that were opened out in the lecture on High and Low culture could be used to explain this, film, as a popular medium perhaps not being taken seriously by Modernist artists, who saw their practice as ‘High’ culture. This divide still exists within the fine art world. Because of the way that Street artists, such as Keith Haring, were appropriated by gallery culture, it could be argued that like modernism, postmodernism does not democratise art. On the other hand it could easily be argued that the low/high culture divide doesn’t matter within the culture of late Capitalism. The example of Blu’s work being used by modern advertising companies to sell everything from cars to insurance being a clear illustration of this.
As makers of digital films and video games, the world of trans-media production is one you will all have to inhabit. The nature of this world has on the one hand been seen as a post-modern one and has been examined by theorists as diverse as Baudrillard (hyper-reality and the simularca), Fredric Jameson who describes postmodernism as the "dominant cultural logic of late capitalism" and Lyotard who saw post-modernism as being a product of the "computerized" or "telematic" era. On the other hand Henry Jenkins would argue that the coordinated use of storytelling across platforms makes for more compelling narratives and that this new technology takes us back into an older aural world, where the story was prime. This echoing Marshall McLuhan’s image of the Global Village, where information technology allows us to exchange ideas across great distances and develop new social structures in response to these fast changes in technology. Steven Shaviro goes on to show in his book Post Cinematic Affect, how these new digital media are shaping new sensibilities.

Finally my own interest in the continuing relevance of allegory leads me to George Romero’s Survival of the Dead (2009). A film that suggests that communications media are over and done with; laptops and i-phones are rendered useless, Net-connected filmmakers can no longer record the events, geeks have to resort to vinyl, WiFi networks have broken down, and as Steven Shaviro states, “we are now stuck in an interminable endgame that is no longer being televised, an ending (of the world) that itself refuses to end”. As revolutions spread throughout the world, many of them fostered by the use of new communications technology, of what use will this be unless we get to grips with the coming triple crunch of endism, climate change, peak phosphorous and peak oil. 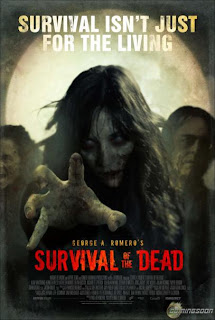