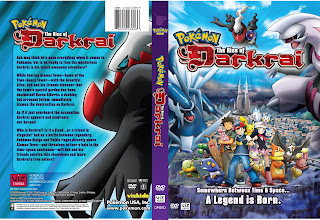 From immersion to interaction

In the book ‘Narrative as Virtual Reality’ Ryan (2001) points out that there is a clear difference in language and associated thought patterns between computer games and computer worlds. (P. 192) For instance in games language can be used to develop an understanding of the matrix or toolbox that allows a player to navigate or play the game. In virtual worlds language is used more to develop a picture or mirror like virtual image of a supposed reality. Of course the confusing thing is that many computer games are hosted within virtual worlds, whilst others such as ‘Tetris’ or ‘Chess’ etc are clearly games defined and confined within a set of rules that describe both game-play and layout, whilst ‘Civilization’ is a synergetic format of world and game. The distinction does have its uses however. In order to solve a game or puzzle you have to be ‘lucid’ but in order to fully be immersed in a ‘world’ you have to fully suspend disbelief. You can ‘explore’ a virtual world but you would perhaps examine permutations in order to solve a game. The underlying text involves a change in language and therefore associations that we take from the differing experiences. Ryan points to authors that have approached writing as if it was a game, and the suggestion is that those of us that like to remain aware of ourselves when engaging with literature as opposed to being immersed in it would gravitate to these authors. Writers such as Laurence Sterne, Jorge Luis Borges, Georges Perec and Italo Calvino have all at times engaged with the processes of writing as subject matter and have used the notion of writing as a game, gambit or ploy that is used to engage the audience's intellectual awareness of the process of literary construction.
However at the core of the process is narrative. This according to Todorov (1971) requires 5 stages. 1: A state of equilibrium. 2: Disruption of equilibrium. 3: Recognition of disruption. 4: Attempt to repair the disruption and 5: A reinstatement of the initial equilibrium. Using this format we could conceive of this as an alternative gaming strategy that can be used to describe not only computer games hosted within virtual worlds but also any other game format. Chess can be seen as a particular type of narrative whereby an initial state of equilibrium is disrupted as players move their pieces, as players become aware of possible strategies they attempt to repair the opponent’s disruption of their territory, eventually we ether arrive at a stalemate or a winner, in both cases the initial equilibrium or stasis is re-established. Of course this is a much easier fit when used to describe the various stages of a game such as SimCity. 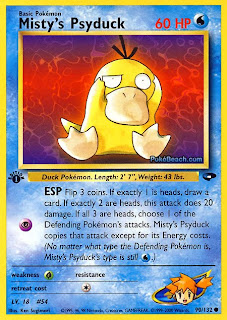 The differences in language pointed out by Ryan are pointers towards ways of analyzing transmedia narratives. In video games language is needed to help a player to navigate the game-world, at the start of a card game two players may initially set out the rules of the game using a short conversation or in the case of trading card games, rules may be printed on the card itself. (See above) A film may use opening credits to familiarize an audience with the type of film language to come or a book may have an introductory chapter. In each case a specialized language will be developed and this can be a useful guide as to the media specific nature of the narrative and the cross or trans-media aspects of it. As Henry Jenkins points out, “Each medium makes its own unique contribution to the unfolding of the story”. (2006) In this case you could examine how each medium necessitates a change in language because of its particular structure and relationship with users. However within a transmedia environment the entry point for analysis is perhaps different. 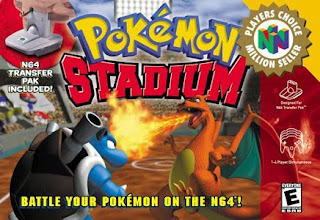 “ When I first started, you would pitch a story because without a good story you didn’t really have a film. Later, once sequels started to take-off, you pitched a character because a good character could support multiple stories. And now, you pitch a world because a world can support multiple characters and multiple stories across multiple media.” Hollywood scriptwriter cited by Jenkins. (2006 p.114) Instead of starting off with the narrative, you need to unpick the various possible narratives out of the world view. Once this is done, it is easy to spot the differences as storylines move across platforms. Some support intense game play, others suspension of disbelief and immersion. Therefore we have evolving stories and ‘deep’ content. (The bigger story that drives all the mini-narratives).

At this point can I make a plea for why we are undertaking this area of the course. In order to achieve ‘deep’ content you need to develop a completely furnished world that has an encyclopaedic amount of information. It may use sociological, pop, religious, philosophic, psychological, ethnic, mythological, historic or other academic references and mix them up and make new things from them, but without serious research this ‘world’ will not stand up to user investigation. Think of Tolkien’s years of researching the culture and myths of northern Europe before writing the Hobbit and Lord of the Rings. This area of critical and contextual thinking, opens out into everything that can be read, looked at and listened to as potential grist to your creative mill and without your growing immersion in culture, your designs and ideas will lack that integrity and layering necessary for an audience to become seriously engaged.

“ If you give people enough stuff to explore, they will explore. Not everyone but some of them will. The people who do explore and take advantage of the whole world will forever be your fans, will give you an energy you can’t buy through marketing ” Ed Sanchez: Blair Witch Project

Sometimes of course society looks for something beyond consumption and some transmedia narratives seem to evolve out of political necessity. The so called ‘Arab Spring’ has been driven by narratives using contemporary social media. Facebook, Twitter and other forms of social media are perhaps going to be the main narrative drivers of the future and as the recession bites what will happen to all those who can’t afford to access digital technology?
The deeper question that may be asked however, is how much of this ‘reality’ story is a response to ‘real’ events and how much is driven by the need to see oneself as part of a story? A Baudrillard take on the events in Egypt, Tunisia, Libya and Yemen would suggest that the merging of fact and fictional narratives is the ‘reality’ behind all stories.