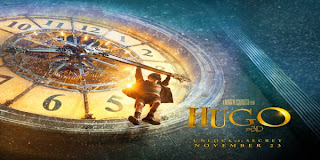 Martin Scorsese’s “Hugo” has just won five Oscars, for cinematography, art direction, visual effects, sound mixing and sound editing. It’s not just a technically interesting film though. The first films were direct recordings of reality and Mêlées (The early film director that is the subject of Scorsese’s film) was the first film maker to challenge this by introducing stop motion effects and the possibilities of fantasy to the general public. This dialogue between film as truth and film as illusion lies at the core of film theory.
Sometimes these polar opposites however seem to change places. In Godard’s 1967 film La Chinoise, the character Guillaume gives a lecture and in it he states that Méliès, was the true originator of the documentary film. “They say Lumiére invented current events. He made documentaries. But there was also Méliès, who made fiction. He was a dreamer filming fantasies. I think just the opposite…” (Godard, 1967)
Godard was filming at the same time as McLuhan was developing his communication theories; both were fascinated by how media affect our perception of reality and the world. These views would inform Baudillard’s postmodern awareness of how media creates "the death of the real". Eventually, as Baudrillard wrote, wars such as the Gulf War of 1991, wouldn't take place in reality. For Western audiences they would only be aware of war as a series of hyper-real images on television.
Film theory mirrors these polar oppositions. Bazin stressed the importance of ‘reality’ and truth to the filmed document, whilst Parker Tyler stated that “Camera trickery is really camera magic, for illusion can be freely created by the movie camera with more mathematical accuracy and shock value than by slight-of-hand or stage illusion”. (1947, p. 586)
Tyler was the first theorist to compare audience reception of Hollywood stars to the worship of Gods in ancient rituals. All films were essentially like ghost stories or they operated as time machines. The trick of illusion being at the centre of film’s attraction, its power coming from our deep rooted need to seek that other spiritual reality on the other side of the membrane. (Once again ‘the Mind in the Cave’ provides a useful image)
Mêlées was a stage magician and like many others at this time recognised the potential for film to extend his powers of illusion. (In England the magicians Fèlician Trewey and David Devant introduced film projections into their acts). Derren Brown has been at the Grand Theatre in Leeds this week, and several of his illusions rely on the fact that video footage can be edited. Our fascination with illusion is obviously very powerful, the fact that Brown’s performances were all full, reflecting the fact that even in an age of scientific scepticism we yearn for a world of magic and illusionistic tricks.

Stan Brakhage sees Mêlées as a precursor and this reminds me that as film students perhaps you ought to be looking at a much wider range of film-makers. It is worth investigating screenings such as ‘Future Shorts’ last seen at Temple Works in Leeds. Future Shorts highlights the communal experience of film, and how the physicality of the media affects an audience’s responses. This year David Reilly’s The External World (2010) was shown in Leeds as well as Juan Pablo Zaramella’s stop-motion film Luminaris (2011). This is a film you ought to see in conjunction with Mêlées’ work, because it highlights how traditional techniques can still be made relevant to contemporary work. 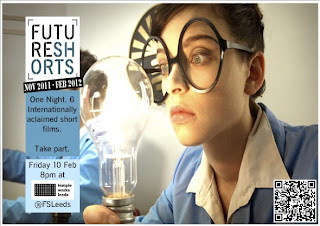 Check out Saturday Guardian, 25. 2. 12. J Hoberman’s article ‘A History of Trickery’, is a detailed response to Martin Scorsese’s “Hugo” and opens out many of the issues above.
Posted by Garry Barker at 02:55